During Mr. Hatipoglu’s first term at BERI (1999-2001), he conducted risk analysis based on political and economic developments, forecast economic scenarios, and prepared country risk reports for banking, construction and automotive industries for over 70 countries. Mr. Hatipoglu served as Director of BERI from 2004 to 2006. During that time, he was responsible in setting corporate policy. In 2007, he was appointed as the Managing Director and subsequently became the CEO of the company in 2010. 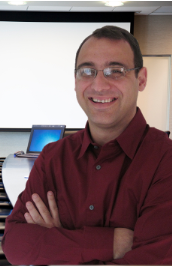 Mr. Hatipoglu received his Bachelor of Arts Degree with Honors in International Relations and Economics from the American University in Washington DC in 1995. Upon graduation, he worked for the Terrorism Studies Program at George Washington University. While there, he co-authored a study on terrorism in southeast Turkey and delivered various lectures on the implications for that country’s economic development. In 1996, Mr. Hatipoglu began his Master’s program at Johns Hopkins University School of Advanced International Studies (SAIS) with a focus on international political economics and risk analysis. He graduated with Distinction from SAIS in 1998.