F.T. Haner founded Business Environment Risk Intelligence (BERI) in 1966 and has served as the company’s Honorary Chairman. He has conducted feasibility studies, negotiated terms, and managed firms in 41 countries around the world. Dr. Haner frequently participated in BERI S.A. operations, which involved researching and publishing quantitative ratings, qualitative evaluations, and forecasts for over 150 countries. 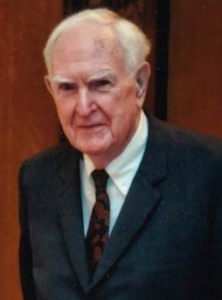 In parallel activities to managing BERI during its early stages, he cofounded and managed an agribusiness in Portugal (1968-1972), was Professor of Management at the University of Delaware (1972-1980), and was Distinguished Professor of Business and Economics at Whittier College (1981-1984). Previously, Dr. Haner started American Cement Corporation’s international division (1963-1966) and was responsible for profitable operations in Greece and Spain. He also gained experience at Stanford Research Institute (1959-1962) and U.S. Steel Corporation (1955-1959, petroleum industry analyst).

He has used his global experience to write many articles about strategic planning and international management. His risk assessment systems for future operating conditions in countries, political and policy stability, and the currency and financial outlook are used worldwide. Dr. Haner has also authored nine books in hard back.

His Ph.D. was in econometrics from the University of Pittsburgh (1959, doctoral dissertation published in World Oil Magazine). He received a B.S. in petroleum geology from the University of Michigan (1951). Military service was in the U.S. Corps of Engineers (1951-1953). Dr. Haner lived in Kirkland, State of Washington, the United States, near Seattle in the Northwest. He has spent a considerable amount of his life in Washington State.